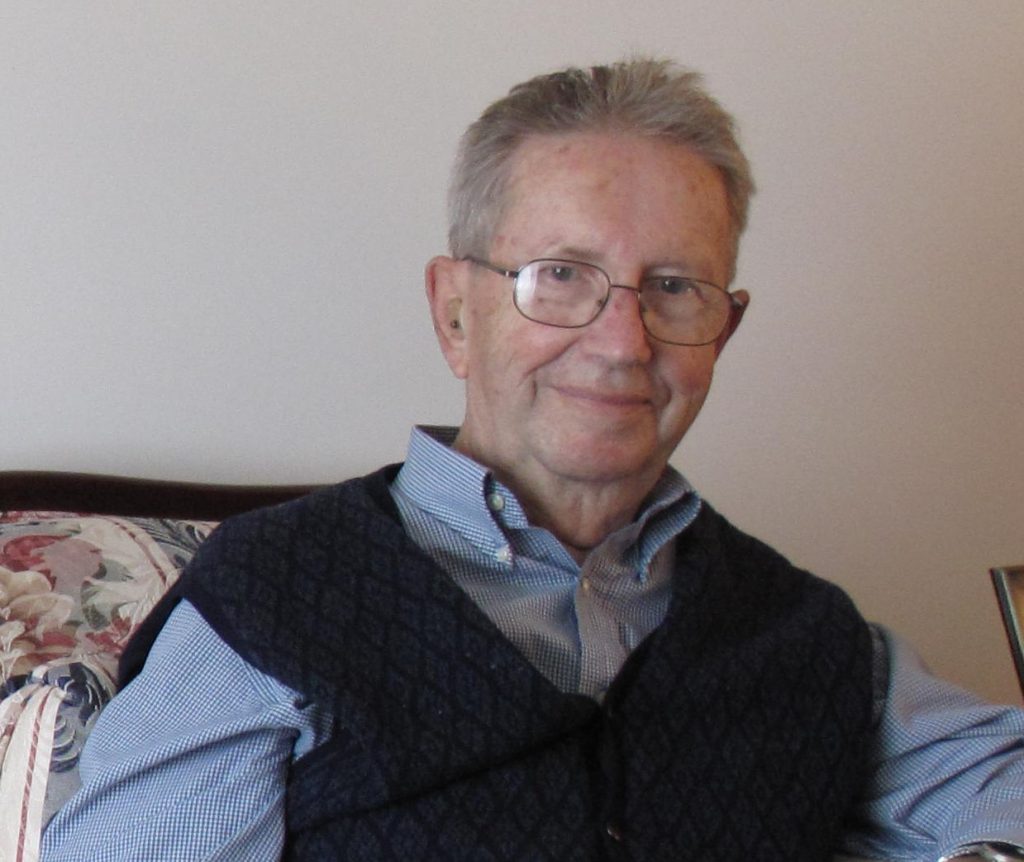 Ivan Hauptman was born on 7 May 1930 in Ljubljana and spent his childhood in Stična. They lived on what they produced on their small farm and on what the father earned as a post office employee in Ljubljana. During the Italian occupation, their nationally conscious family was a thorn in the partisans’ side. Ivan’s brother Tone fell during the War, and his other brother, Vinko, was returned from Viktring as a member of the Home Guard and consequently murdered and thrown into a chasm or mine shaft. Ivan and his parents were transferred from the Viktring to the Spittal camp, from where they went as refugees to the USA. After several years of hard work, Ivan managed to start a successful business. He married Pavla, with whom he started a family. He was completely devoted to the work he did for the Slovenian community in Cleveland. He participated in many cultural activities and was actively involved in the parish community of St. Vitus and Mary of the Assumption. He left a strong mark on the Slovenian community. 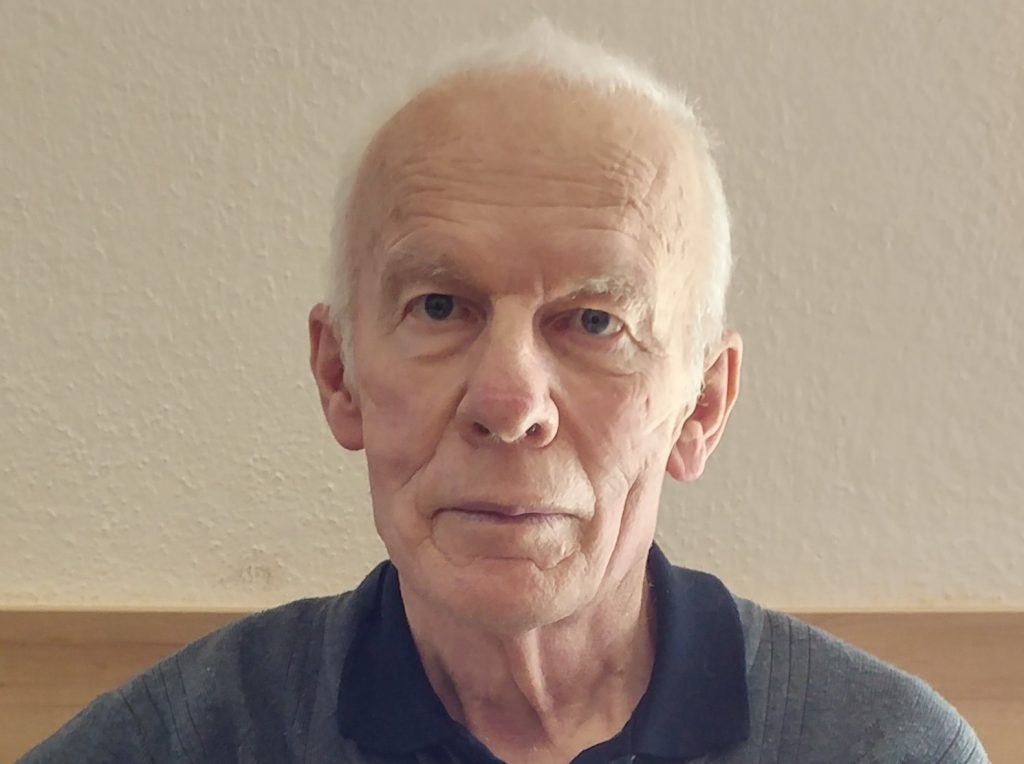 Jožef Gorše was born in 1942 in Nadlesk, in the municipality of Lož Valley. His father was sent to an Italian and later a German camp during World War II. He returned after the War, but because he did not want to become a member of a cooperative, he did not get a job for another five years. He was later employed as a butcher. Jožef educated himself in toolmaking and found employment at Kovinoplastika Lož, a company making plastic and steel products. He was a member Volunteer Industrial Fire Brigade (PIGD) Kovinoplastika Lož for 27 years. During the Slovenian War of Independence, he was a member of the Territorial Defense (TD) staff in the Lož Valley local community and actively participated in activities relating to Slovenia’s independence. All his life he was also an active member of various voluntary associations in the municipality, for which he received numerous decorations and awards. For one year, he was the mayor of the Lož Valley municipality. 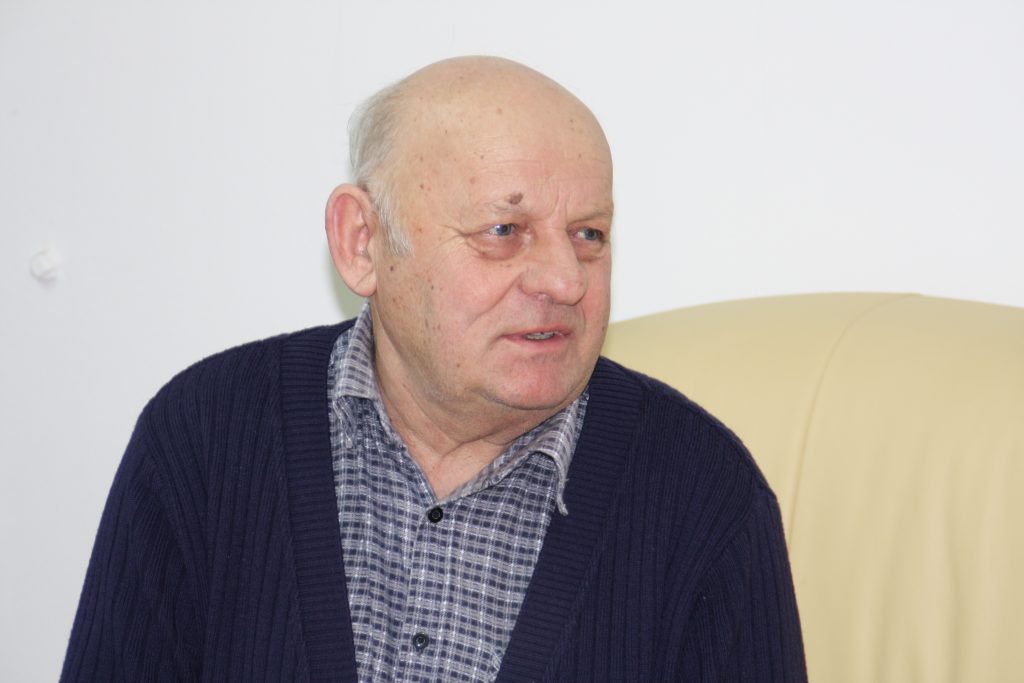 Anton Ivanetič was born in 1937 in Semič. His father was first a member of the partisans, but later left and joined the civic guards. The wife was threatened that she would be killed if her husband did not report to the partisan command. When he did that, he never returned home again. He was missing since December 1943 and they never found out where he was killed. The family lived in great poverty. Despite the hardships of life, Anton always maintained good will and serenity. 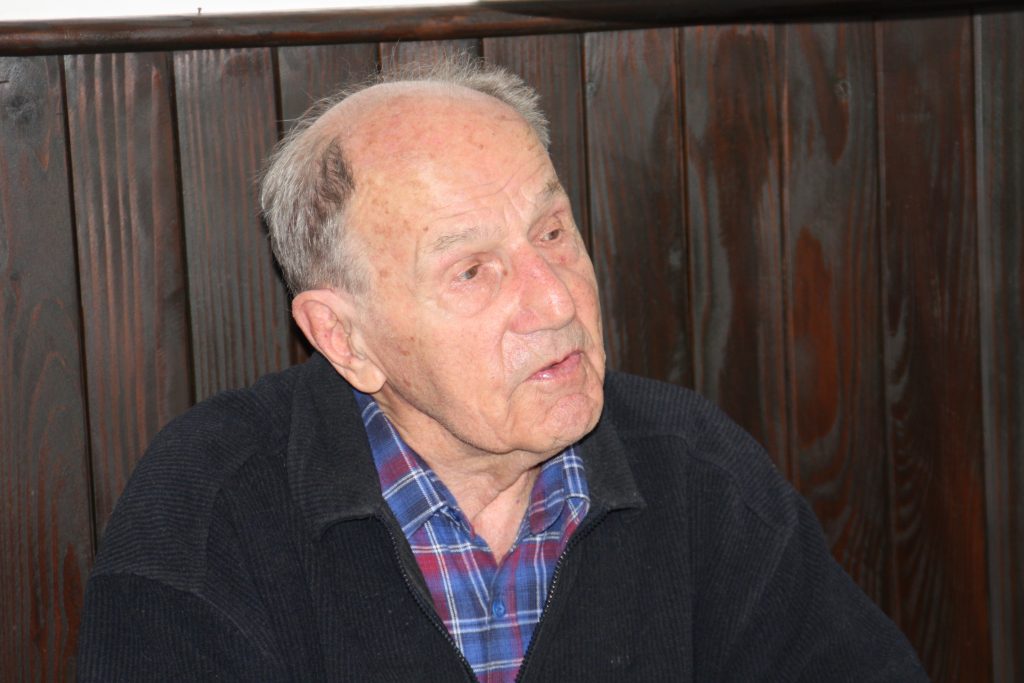 Stanislav Novačan was interned in Gonars when he was a student, during the World War II, and after the end of the War he was sent as a teacher to the westernmost Slovenian village, Robidišče. He advocated for a cultural revitalization of village life until two members of Udba from Tolmin knocked on his door and took him to prison. As he did not want to cooperate with Udba, he was transferred to Borovnica as a punishment. There, his career continued, but under the Party’s supervision. 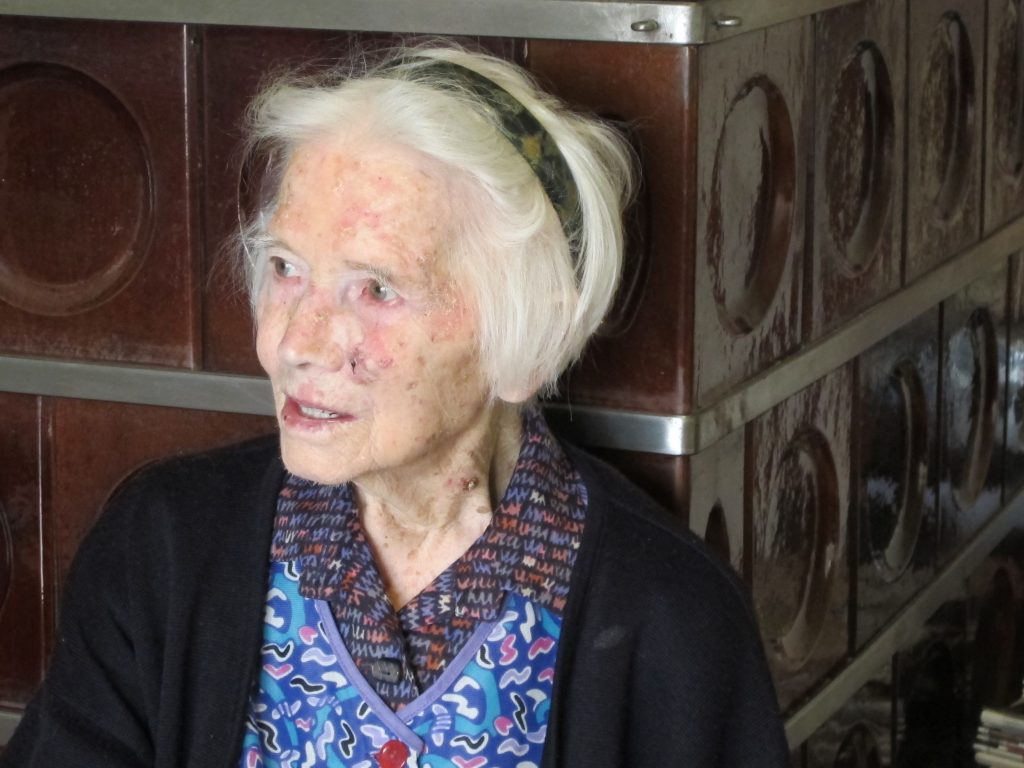 Antonija Marolt was born in 1926 in Horjul. Two of her brothers were victims of the revolution and its violence, one was murdered by the partisans in 1942 and the other was returned from Carinthia in 1945 and then murdered. His remains lie in an unknown location. Tončka was sentenced to death in May 1945, later exonerated from this sentence and imprisoned instead. She spent time in the camps in Šentvid nad Ljubljano, Kočevje, Teharje and Begunje na Gorenjskem. She returned home in 1948. 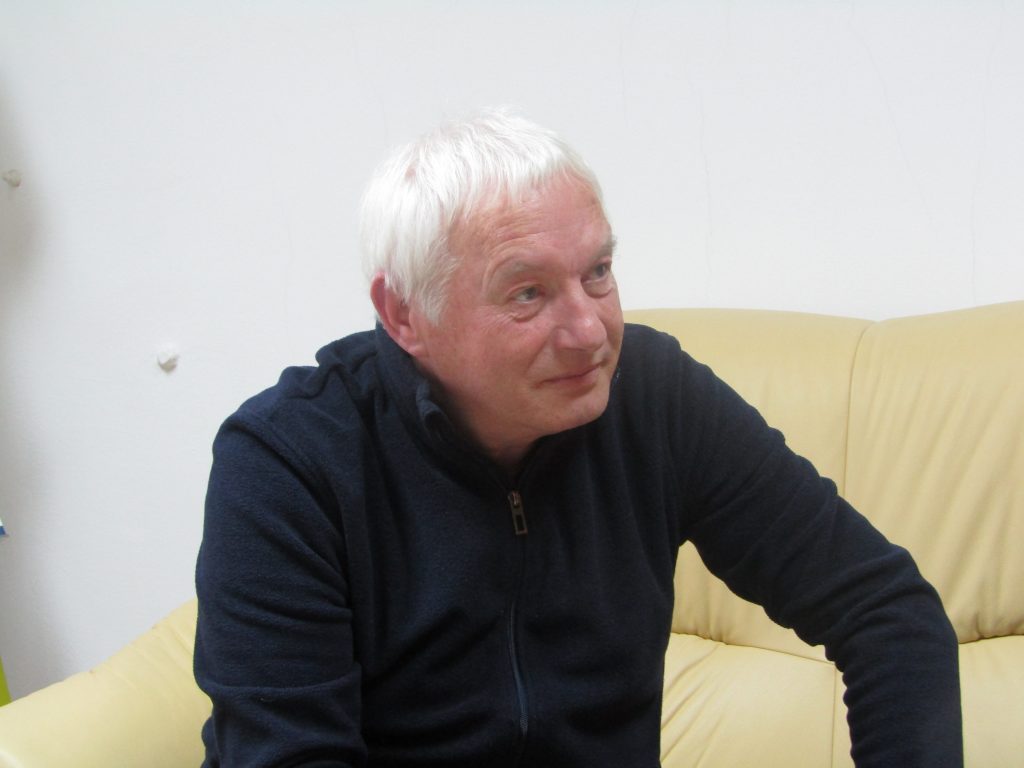 Jože Košir presents the story of his family and the fate of his parents Jožef Košir and Marija Košir, born Beber. His father Jožef Košir took an active part in the partisan movement during the War and afterwards served in KNOJ (People’s Defence Corps of Yugoslavia) and the Yugoslav People’s Army. He was arrested and interrogated on 21 November 1949 for allegedly participating in activities against the state. In December 1949, he was convicted. He served in various labour camps and prisons his sentence of 16-year imprisonment with forced labour and 5 years of civil rights’ loss. 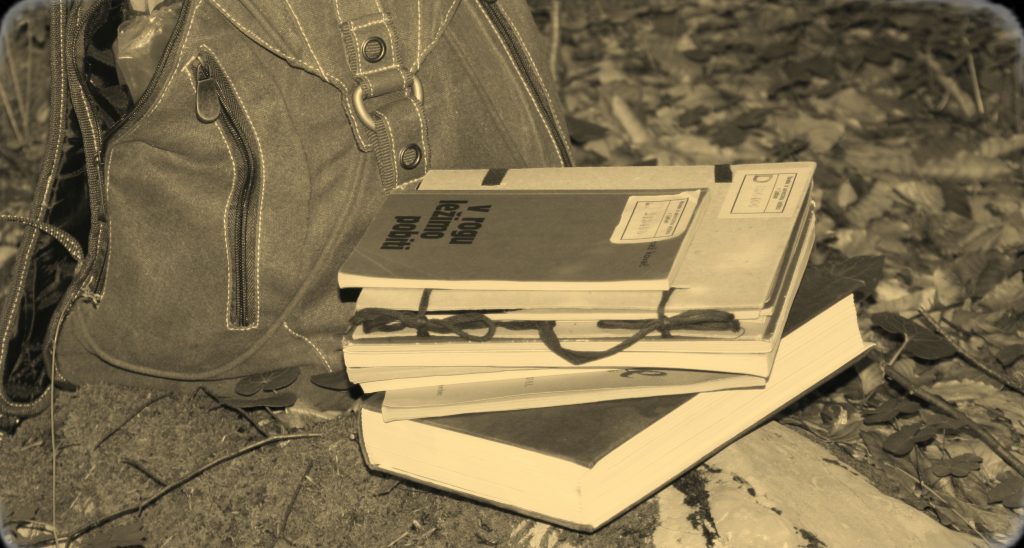 In her testimony, Vida Vrhnjak presents the shocking story of her family, which lived in Pameče, and the whirlwind of War that turned their lives upside down. Her father went to work to Dolenjska, where he later became a Home Guard first lieutenant. After the War, he was murdered in unexplained circumstances. The mother was left alone with six children, aged 1 to 11. Despite poverty, harassment, and second-class status, the children managed to get educated and find employment. In 1990, Vida arranged for a memorial plaque for her murdered father to be placed on the church wall in Pameče.

In her memoirs, Kristina Kastelic (s. Lea) returns to the War period, which was difficult and painful for her and her family. At Turjak, they lost a son, Kristina’s brother Jože, who had to die instead of a close neighbour who was a civic guard commander. He later asked his Kristina’s mother for forgiveness and she forgave him. Kristina finds that faith and trust in God’s help helped them survive in difficult times. 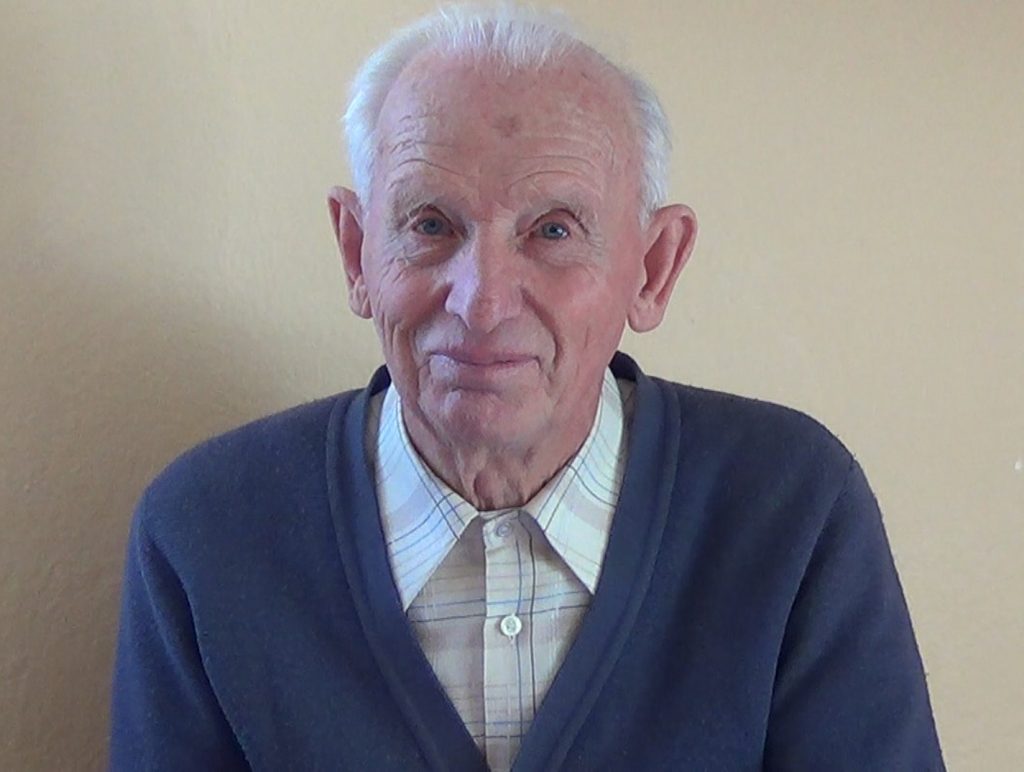 Janez Marolt was born in February 1937. He had two more brothers and three sisters, one of whom died when their father was in exile. His father Štefan was one of the first to be imprisoned by the Italians in 1942, later he joined the civic guards and the Home Guard and after the War fled as a refugee to Carinthia. From there he fled to America. Later, the children and wife joined him, but his son Janez stayed at home to take care of the farm. 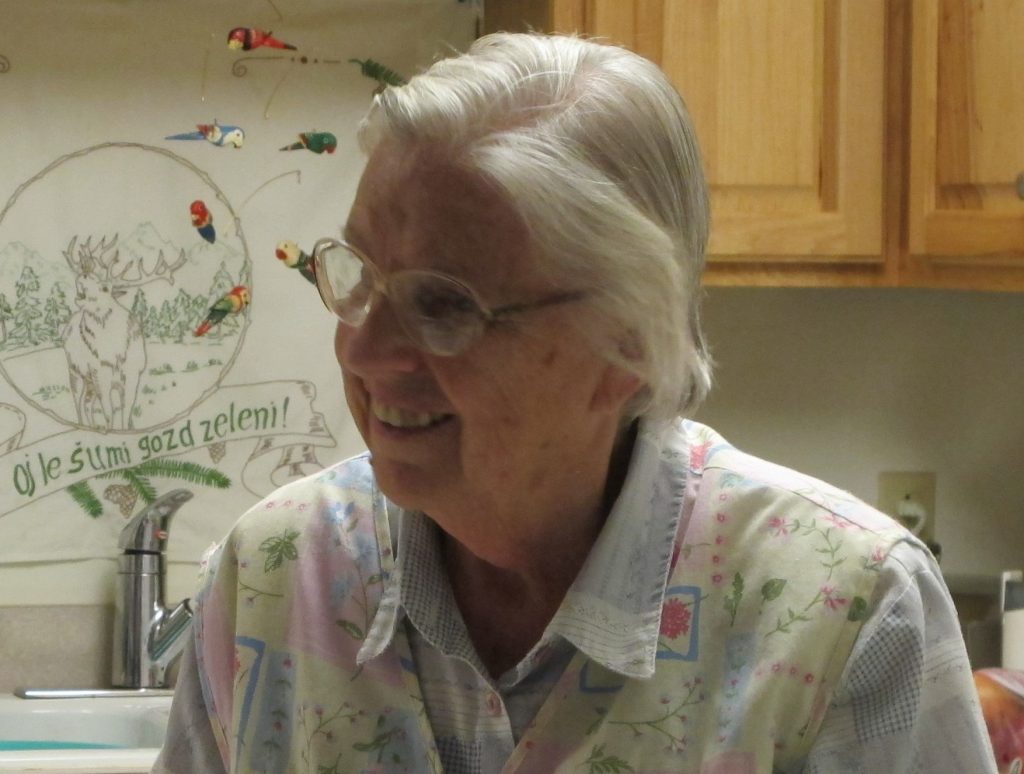 Ivanka Tominec was born in 1924 in the parish of Šentjošt nad Horjulom. The family’s homestead lay in solitude, in a hamlet on the Ljubljanica River. Ivanka was a 17-year-old girl when the War started. She experienced the horrors of revolutionary violence in her home parish. She spoke of murders in nearby hamlets and villages, of arson and constant fear of the partisans. She also remembers the Italians, whom she feared just the same. She married during the War, in the autumn of 1943, when the Home Guard was already active. She gave birth to a daughter, Ivica. Her husband Matevž, who was a member of the Home Guard in Šentjošt, slept in the outpost at night, so Ivanka slept at the neighbours’ several times. After the War, they fled along with the refugees. Ivanka took only a few diapers, some bread and butter with her on the road which took them to Austrian Carinthia via Ljubelj. At first they lived in a village house and only later moved to the camp, where other refugees lived. They were not returned to Yugoslavia owing to a lucky coincidence. Ivanka and Matevž stayed in Spittal for eleven years. During this time, Ivanka fell ill with severe pneumonia and consequently was not admitted to the USA because her lungs were not healthy. They finally managed to embark on a journey to the USA in 1956. 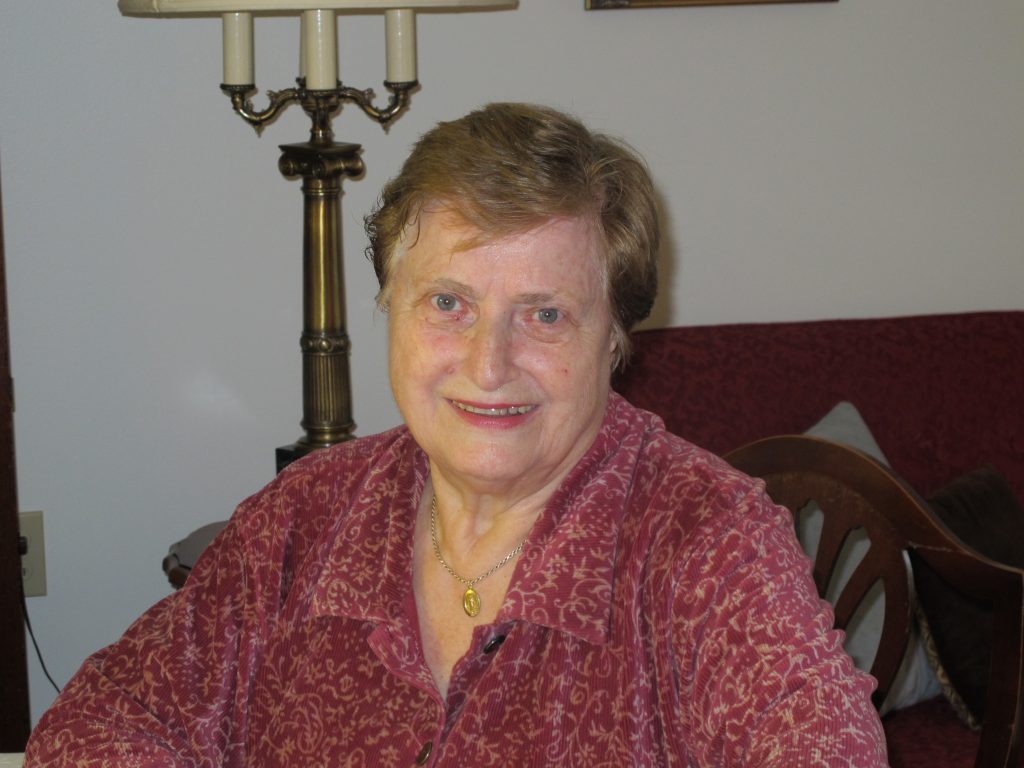 Anuška Lekan, born in 1932, lived in Maribor during the first days of the War and later moved with her family to Ljubljana. Since her father was a staunch anti-communist, he fled with his daughters and son to Austrian Carinthia at the end of the War. Anuška and her mother stayed alone in Ljubljana. Anuška completed a teacher training education and got a job in Fara pri Kočevju. Her unwavering devotion to the Church and faith represented a very courageous act in the hard post-war years. It was not before 1960, when she travelled to America, that she saw her family again. She returned to her homeland once more and only in 1963 moved permanently to America. Despite the initial rejection among the refugees there, she later felt very well among them. 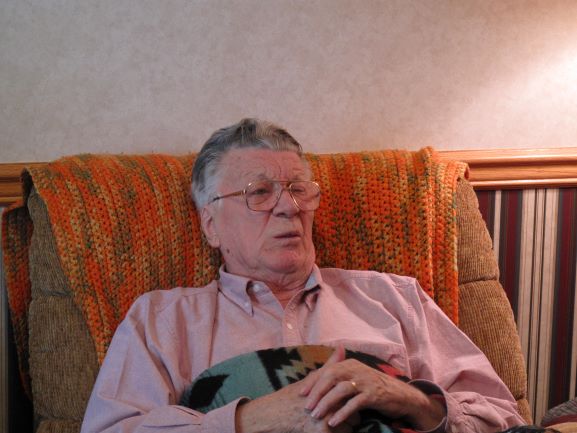 During World War II, the 18-year-old Pavle Borštnik from Ljubljana joined the Slovenian national underground movement, namely the detachment of the Notranjska region. In April 1945, his unit, along with other Chetniks and anti-communist units, withdrew to Italy, where it intended to meet with the Allies. Upon arrival, the Chetniks were told they had been taken under the auspices of the British Army, but in fact the British placed them in the former concentration camp in Visco and soon disarmed them. Borštnik lived with other soldiers and civilians in various refugee camps in Italy, he was then transferred to Germany in April 1947 and managed to reach the USA the following year. 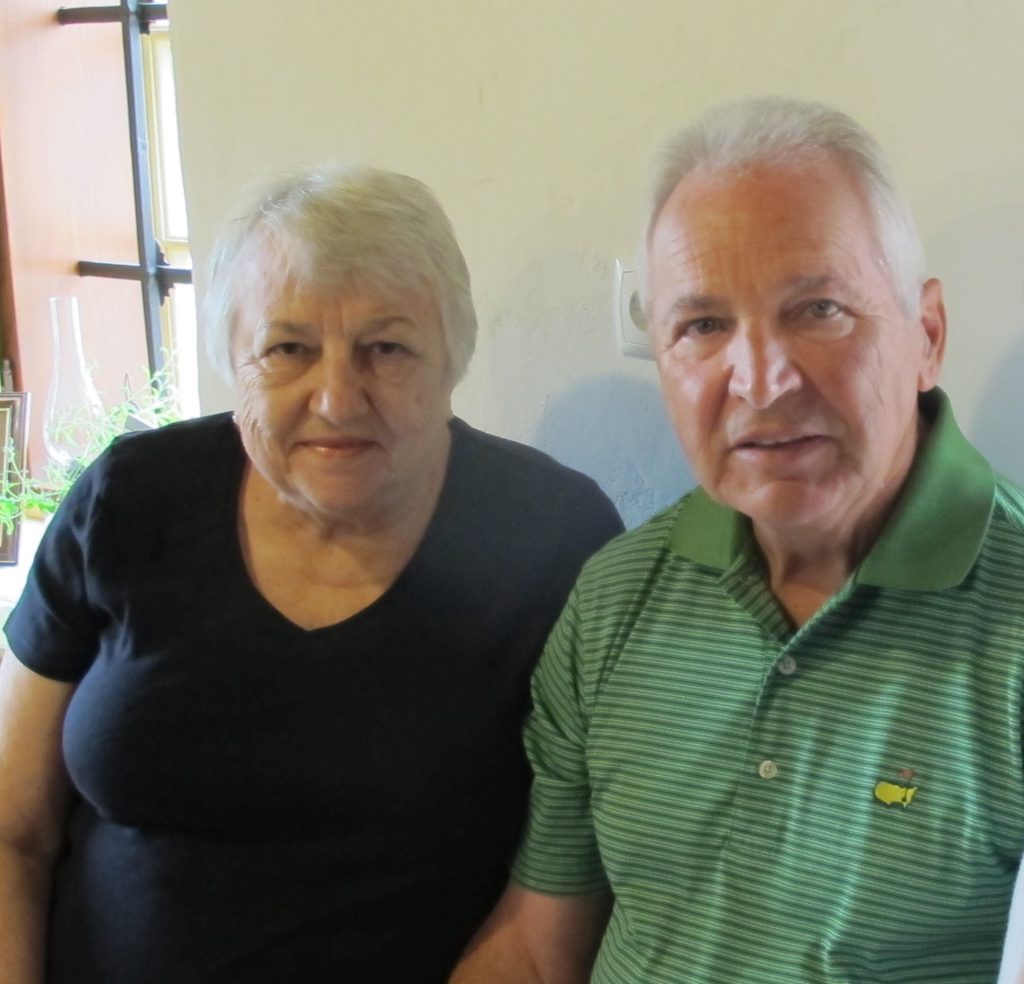 Karel and Majda Lončar were born in Slovenia and live today in Cleveland, where they moved with their families as children. Karel met his father in the USA after spending eleven years apart. His father had to leave his homeland after the end of the War in May 1945, while Majda endured a refugee journey with her parents, a journey that began when she was no more than a six-week-old baby. Karel and Majda met in the USA, they got married and started a family. They accepted the new environment and became actively involved in the Slovenian community.

Mrs. Nežka Ovsenik Vidmar was born in Predoslje in the Gorenjska region. Her father was the local mayor and was imprisoned during the War in the Mauthausen camp, from where he escaped. Partisans tried to murder him several times, therefore he fled after the War to Carinthia and then to the USA. 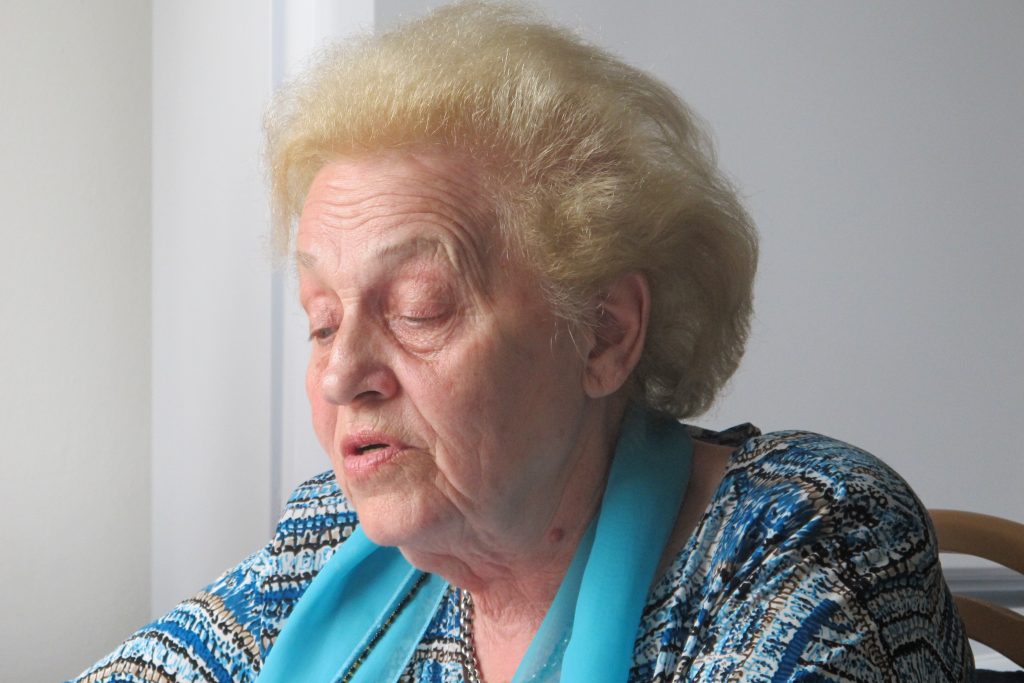 Mici Malavašič was born in the parish of Šentjošt nad Horjulom three years before the beginning of the World War II. During the War, the partisans threatened his father with death, because a young priest, Srečko Huth, who was later a victim of revolutionary violence, lived with them. After the end of the War, the Malavašič family, fearing Communism, fled with other refugees to Austrian Carinthia. From there, they travelled to Argentina, where they arrived in 1948. There, Mici became actively involved in the Slovenian community and for many years participated in numerous activities and projects of the expatriate institution Naš dom. 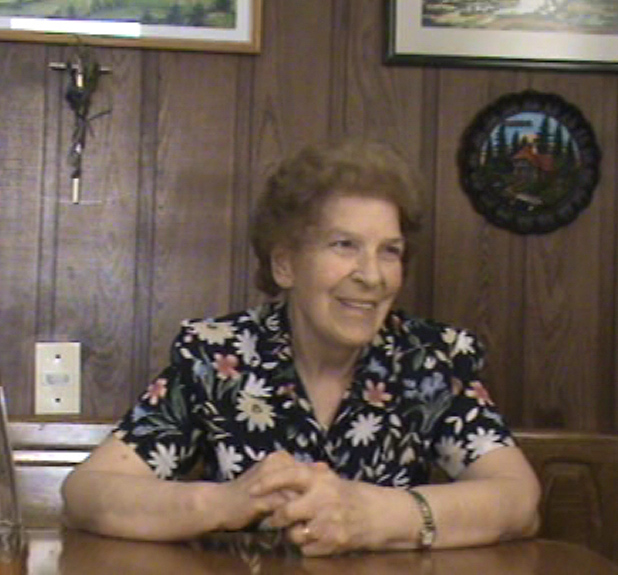 Albinca Žonta Malavašič from Šentjošt nad Horjulom, witnessed revolutionary violence during the World War II, as well as the arson of their home, murder of two brothers, faced constant fear of partisans and, at the end of the War, was forced to flee abroad due to partisan revenge. She fled with her family to Austrian Carinthia and from there to Argentina, where she created a new life for herself. 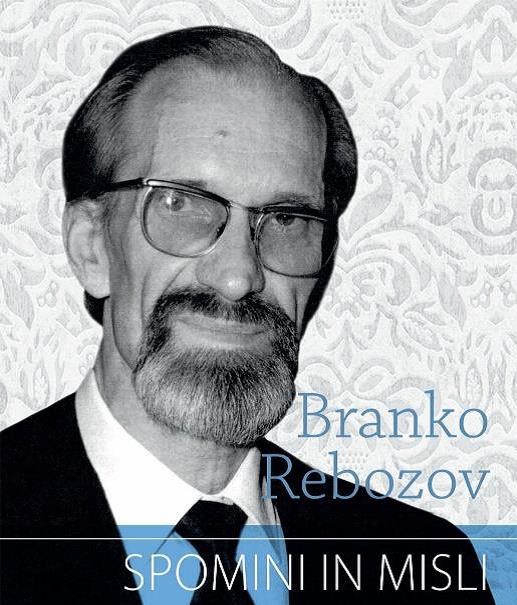 Dr. Rozina Švent, historian and librarian, on Branko Rebozov’s attitude towards Slovenehood: “I have met Branko in person three times, twice when he visited Slovenia, in 2000 and 2005, and in person in Buenos Aires in 2001. One would be hard pressed to find a person so dedicated to Slovenehood among expatriates … Wherever he was able to express his Slovenehood, he did so directly.”

We collect and study documents, stories and memories from witnesses of that time; publish research and collected testimonies; organise consultations and discussions on the topic of Slovenian history in the 20th century.